Extra Magic Hours & Everyone Else 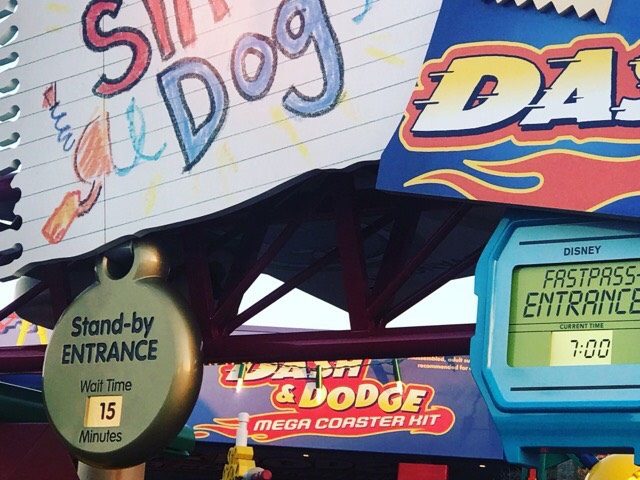 Let’s talk about Disney’s Extra Magic Hours for a minute.  The great question is “Should we go to a park for Extra Magic Hours?” The short answer is: No. Want to know why, and what you should do instead? Read on!

That said, sometimes the Morning Extra Magic Hours can be beneficial. It’s tricky, though, because it really only works if you are willing to get up bright and early to be at the park about 45 minutes to an hour before it opens. On an Extra Morning Hour day, that could mean arriving at a park at 6 a.m. Very few people will actually follow through on that. Rolling into a park when it opens on an Extra Magic Hour day means you are now there with everyone else.

We don’t want to be like everyone else! So what do I recommend you do instead? It’s called the “Rope Drop.” This works especially well when you are visiting a park that has tiered FastPasses, meaning you can choose only one FastPass for the most popular rides in that park.

Here’s what “Rope Dropping” looks like at Hollywood Studios on a day the park opens at 9 a.m., with the goal of getting onto Slinky Dog Dash without a miserable wait: You arrive at Hollywood Studios around 8 a.m. You get through bag check and security and then you scan your MagicBand and enter the park. You are then allowed to walk into the park and get to a certain point where Cast Members are blocking the pathway with a rope. (Hence, the “Rope Drop” name). Everyone is stopped at this point until those two Cast Members are given the all clear to drop the rope. Lately, this has been taking place around 8:40 a.m. Those Cast Members will then walk everyone into Toy Story Land. If you’ve timed it well and are at the front of that line, you could be exiting the Slinky Dog Dash ride by 9 a.m. – when the park technically opens!

You will typically get more done in the first few hours a park opens than you will the rest of the day, especially during peak season.

So while it’s tempting to burn the midnight oil in hopes of reduced crowds, it’s really much better to be the early bird! Don’t be like everyone else!

Want to get started? REQUEST A NO-OBLIGATION QUOTE: Request a Quote

Or email achambers@neverlandadventureguides.com, call/text 501-772-3137, or send a FaceBook message

Want to see what my clients have to say about my services?
Check out their reviews Here! ﻿