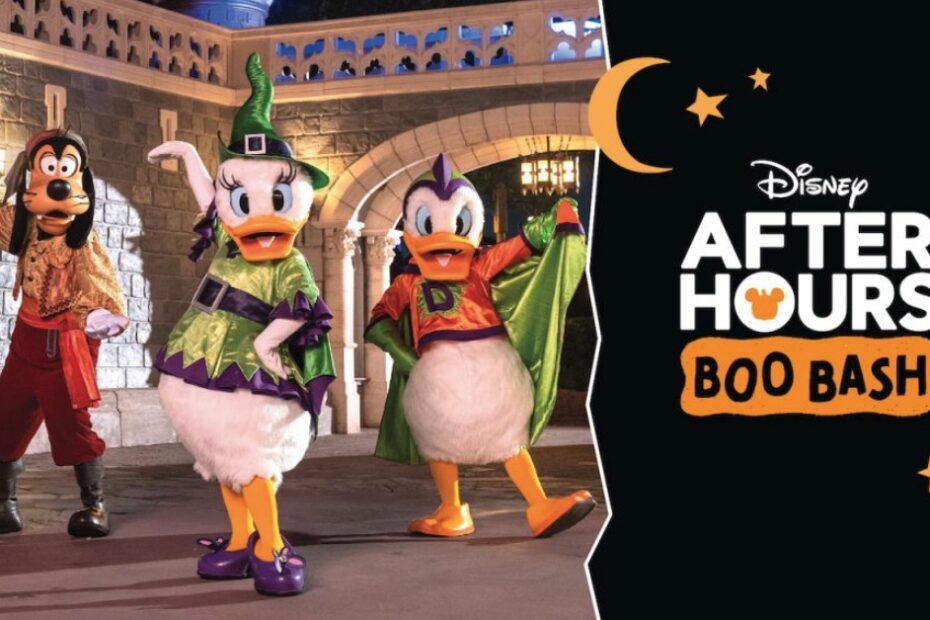 Tickets for the new event, Disney After Hours Boo Bash, will be on sale beginning June 8 for resort guests and June 15 for everyone! In addition to getting their fill of Halloween candy while trick-or-treating around the park, we are thrilled to share some more frightfully fun details on what Guests will experience during this limited-capacity separately ticketed event:

Tickets for this hauntingly fun-filled 3-hour event will go on sale June 15. Guests of select Walt Disney World Resort hotels can book their tickets as early as June 8. Call me to add this event to your travel schedule or to plan your trip to join the fun!

*This item will be on sale outside event hours Oct. 1 to Nov. 1.